David Soul to Stream ‘The Poetry & Passion of Pablo Neruda’

A Celebration of Music and Poetry

Update Required To play the media you will need to either update your browser to a recent version or update your Flash plugin.

Marking 50 years since Chile’s best-loved poet, Pablo Neruda, was awarded the Nobel Prize for Literature, actor David Soul (Starsky & Hutch, Jerry Springer the Opera) returns to the stage with The Passion & Poetry of Pablo Neruda—a celebration of Neruda’s work read by Soul with music performed by guitarist Hugh Burns and violinist Lizzie Ball. The production will be filmed ‘as live’ with multiple cameras at the Crazy Coqs in London for global streaming on demand from April 21-28, 2021.

Lauded by fellow Chilean and Nobel Prize Winner, Gabriel Garcia Marquez, as “the greatest poet of the twentieth century, in any language,” Pablo Neruda was an adventurous and passionate lover of life. Champion of the working man, journalist, diplomat, senator, lover of nature, women and words, Neruda wrote as voraciously as he lived.

The Passion & Poetry of Pablo Neruda takes the audience on a journey through Neruda’s life and works, presenting twenty poems from 1924 spanning five decades—from his books, Twenty Love Poems and a Song of Despair, Residence on Earth, Odes to Common Things, Canto General, Book of Vagaries, Isla Negra, and Soul’s personal favorite, The Captain’s Verses.

The beauty and sensuality of Neruda’s love poetry, the magnificent power of his epic poetry, the celebration of all things ordinary and his fierce passion for social justice, all testify to the complex life of a man whose body of work remains as relevant and vital today as it ever was.

Soul says, “I wasn’t a fan of poetry, but then I was given a copy of Neruda’s The Captain’s Verses and the simplicity, the power, and the passion of his words so reflected my own life and my dreams. I fell in love with what poetry can be and with Neruda’s writing. It’s a privilege to perform his work on stage and we are thrilled to have this chance to stream our show to a global audience.”

Soul and Burns first performed the poetry of Pablo Neruda at Latitude Festival in 2010. Inspired by the reception, The Passion & Poetry of Pablo Neruda was born and has since played at Belfast’s Out to Lunch Arts Festival, the West Cork Literary Festival, The Watermill Theatre, Newbury, and St James Theatre in London.

Neruda’s poetry is introduced and read by David Soul with Hugh Burns on guitar and Lizzie Ball on violin, with music direction by Hugh Burns, sound by Roy Dodds, set by Trevor Howsam, and literary consultant and Pablo Neruda’s biographer, Adam Feinstein. Filmed and edited for streaming by Adam Docker at Red Earth Studios with support from Tom Sochas for Fane. Presented by Kindling Productions Ltd. in association with Fane Productions Ltd.

Rehearsals are heating up for The Passion & Poetry of Pablo Neruda with the incredible Hugh Burns and Lizzie Ball. Every poem inspires anew. Great music and what a writer! Here’s a clip to enjoy…

Update Required To play the media you will need to either update your browser to a recent version or update your Flash plugin.

David’s career in theater, film, television and music, spans fifty years. His screen credits include Magnum Force, Salem’s Lot, and starring roles in six U.S. television series including Starsky & Hutch. His television directing credits include Starsky & Hutch, Miami Vice, China Beach, Crime Story, In the Heat of the Night, and the PBS documentary, The Fighting Ministers. Throughout his singing career, David has produced five albums and performed in concert around the world. His hits include two international number one records: ‘Don’t Give Up On Us’ and ‘Silver Lady.’

Hugh Burns is a London-based Scottish guitarist and prolific recording artist. His guitar playing can be heard on many famous recordings, including Gerry Rafferty’s Baker Street (1978) and George Michael’s/Wham!’s Careless Whisper (1984). Since launching his professional career at fifteen, Hugh has established recording credits over the past five decades that can be measured in the sales of hundreds of millions. He has written and recorded six solo albums and composed extensively for film and theatre.

His performances on record and on stage with artists such as Gerry Rafferty, George Michael, Paul McCartney, Placido Domingo, and Michael Jackson, along with his collaborations with many of the world’s leading producers including George Martin, Tony Visconti, and Hugh Murphy, have firmly established Hugh’s international reputation as a world-class guitarist.

Burns made his recording debut in 1970, playing electric guitar and classical guitar on the Oliver Nelson album Black, Brown and Beautiful. Since his debut, he has added his guitar playing to more than 130 albums.

Lizzie is a violinist and vocalist working internationally in classical, jazz, and improvisation. In 2012, she founded Classical Kicks Productions to bring classical music out of the concert hall to reach a wider audience, performing at Bestival and a residency at Ronnie Scott’s Jazz Club (both upstairs and main house).

In 2018, she was awarded an honorary degree for her services to music by University of Derby. She was featured in The Daily Mail as one of the U.K.’s 50 most inspirational females making an impact and, in 2020, she was made Guest Director of Vilnius-based dynamic young chamber orchestra, ‘Mikroórkestra.’

Lizzie has worked regularly as soloist/orchestra leader for a variety of artists including Hugh Jackman, Jeff Beck, Brian Wilson, Ariana Grande, and Liam Gallagher, as well as a long-term collaboration with Nigel Kennedy as Leader of his Orchestra of Life.

Lizzie has over 15 years of passionate experience mentoring and leading schools outreach workshops and projects with orchestras such as The Philharmonia, Britten Sinfonia, as well as team building and leadership workshops with clients such as Cambridge University Judge Business School, Saatchi and Saatchi, and Rolls Royce.

As a ‘violinist composer,’ she created with theater producer and director, Emily Blacksell, ‘Corrido: A Ballad for the Brave,’ an immersive audio-visual odyssey through the life and times of artist Frida Kahlo. It premiered in 2018 at the V&A Museum alongside the Frida Kahlo exhibition, ‘Making Herself Up.’ Lizzie is also a regular performer with WordTheatre, combining musical interplay with short story readings, working with renowned actors such as David Soul, Jason Isaacs and many more.

More about David Soul and Pablo Neruda
Update Required To play the media you will need to either update your browser to a recent version or update your Flash plugin.

“You can say anything you want, but it’s the words that sing. They soar and they descend… I bow to them, I cling to them, I run them down, I bite into them, I melt them down… I catch them in mid-flight as they buzz past. I trap them, I clean them, I peel them… I want to fit them all into my poems. They have a crystalline texture… vibrant, ivory, vegetable, oily, like fruit, like algae, like agates, like olives. And then I stir them, I shake them, I drink them, I gulp them down, I mash them, I garnish them … I let them go.” —Pablo Neruda from his autobiography, MEMOIRS

Regarded by colleagues and critics alike as “the greatest poet of the twentieth century in any language,” Pablo Neruda was awarded the Nobel Prize for Literature in 1971. There are few artists who, in their lifetimes, have enriched the lives of so many millions the world over … and, it must be said, continue to do so, long after his death. Pablo Neruda is one of these artists, and I am one of those blessed. 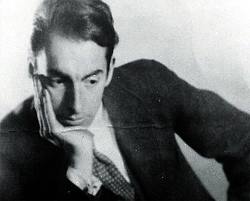 Though I’ve never really been a great fan of poetry per se, Neruda has won me over. He’s opened the doors to an essential art form and rich and visceral experience in both language and emotion. The raw sensuality and tenderness of his love poetry; the surreal simplicity of his celebration of all things ordinary; and the power of his epic poetry combined with his passion for social justice and unwavering solidarity with the oppressed, the humiliated and exploited, testifies to a man whose life’s work remains as relevant and vital today as it ever was.

Lover of women, public servant, champion of the working man, citizen of the world; at his core Neruda was a Chilean patriot. His life story is extraordinary. Poet, diplomat, politician, three times married, he was, first and foremost an inquisitive and passionate lover of life. He wrote what he lived and lived what he wrote. His close friend, Frederico Garcia Lorca (who was murdered in the days leading up to the Spanish Civil War), memorably referred to Neruda as “closer to blood than to ink.” His life and his art are inseparable and his passion for both is contagious.

During the Spanish Civil War, Neruda risked his own safety to save the lives of 2000 Republicans by shipping them out of danger on an old fishing boat. Back in Chile, he was urged to stand for election as a senator, which he did and though he initially supported Gonzalez Videla’s bid to become president of Chile, when Videla turned out to be aligned with the military and ferociously anti-communist — a dictator in the mold of Spain’s Gen. Franco — Senator Neruda attacked him in a virulent public diatribe. Videla was incensed. He banned Neruda from Chile, put a price on his head and forced Neruda into hiding. A fugitive in his own country for over a year, Neruda finally made his escape on horseback across the Andes into Argentina and then onto Italy where he spent three years in exile. 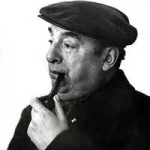 After the ban was lifted, Neruda returned to Chile, where he was nominated for President but stood down in favour of supporting his dear friend, Salvador Allende who would go on to win the Presidency. Allende’s tenure was short-lived, however, as he was deposed by Pinochet’s military regime in 1973 and was shot (or committed suicide) on 9/11 during the C.I.A. supported attack on the Presidential Palace. Twelve days later Neruda died — or, some say, was poisoned.

Although a public funeral was forbidden by Pinochet, tens of thousands took to the streets to pay homage to this dearly beloved poet and patriot.

The poems on this recording are taken from The Captain’s Verses — a collection of love poems dedicated to Matilde Urrutia, Neruda’s third wife. The book was written during Neruda’s time as a fugitive on the Isle of Capri, just off the southern coast of Italy. (Some of you may have seen the film, Il Postino which is set at the same time as this poetry was written).

And lovers today, the world over and in every language, continue to woo one another with verses from his love poems. He expresses things that women wish men would say and men wish they could say.